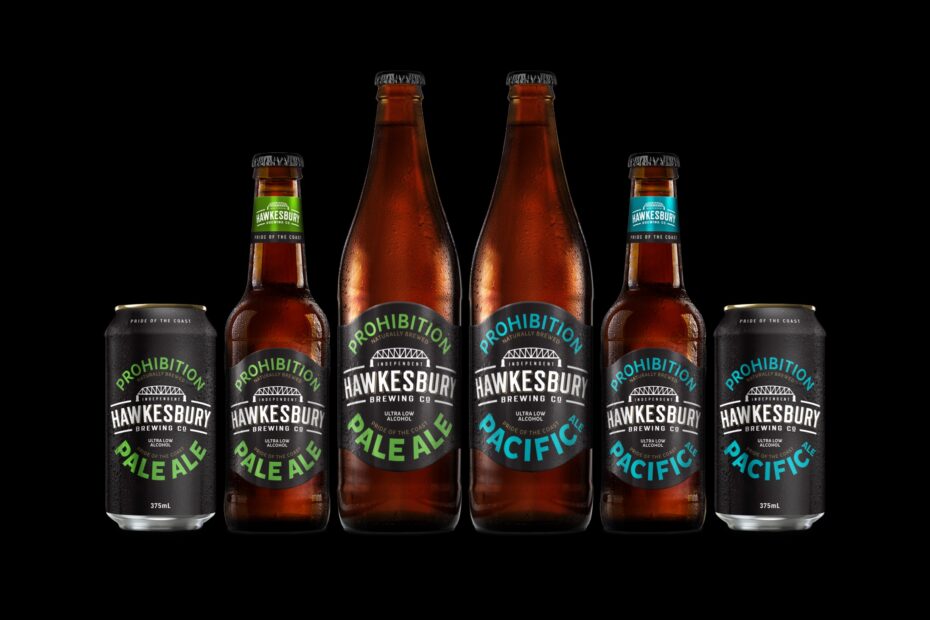 Due to unprecedented demand for our award winning Prohibition Pale Ale, the Hawkesbury Brewing Co is excited to expand our non-alc Prohibition range.

Clean, bright and refreshing with tropical aromas and notes of passionfruit, mandarin and pineapple.

Brewed with premium ingredients, Prohibition Pacific Ale is naturally fermented to tease out the maximum range of flavours. Using proprietary know-how, we then reduce the alcohol levels before dry hopping with a trio of Aussie hops to deliver a perfectly balanced, easy drinking beer to enjoy anywhere, anytime.

Our new 375ml 4pack cans cater to the craft beer market and consumers who prefer a little less commitment to a 6 pack. Plus, with an RRP of $14.99, Prohibition is unbeatable value for consumers.

In a world first, we’re launching Prohibition long necks to provide an ultra convenient non-alc alternative for tradies and anyone else on the run. With an RRP of $4.99, it represents unbelievable value for consumers.